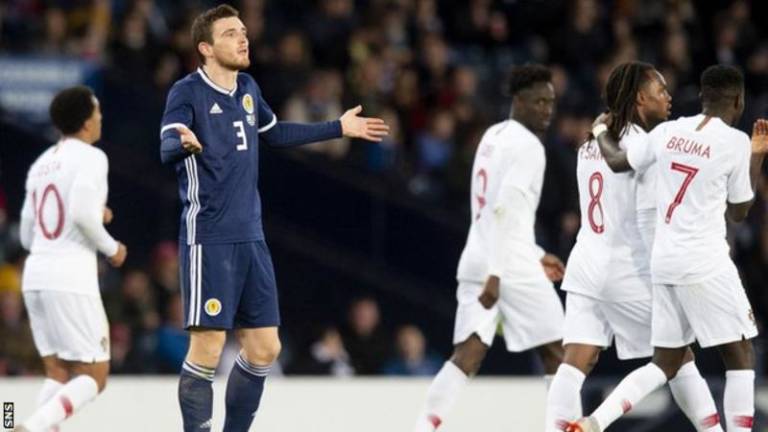 Scotland paid the price for poor defending as they lost at home to Euro 2016 winners Portugal in a friendly.

Alex McLeish’s side showed positive signs in the first half as Portugal started slowly at Hampden.

But Helder Costa broke the deadlock before Eder and Bruma heaped on the misery in the second half.

The game ended with a consolation goal as Steven Naismith finished off a sweeping move involving Graeme Shinnie and Gary Mackay-Steven.

The result was a sixth defeat in eight games for Scotland boss Alex McLeish, although at times the performance was more encouraging than the Nations League defeat in Israel on Thursday.

However, it will surely only increase the pressure on McLeish before next month’s double-header against Albania away and Israel at Hampden.

With so many defections from his squad, McLeish had little option but to ditch his much-criticised three-at-the-back formation. He went with a 4-4-2 instead – Stephen O’Donnell and Andy Robertson playing either side of the rookie centre-half pairing of Jack Hendry and Scott McKenna.

Hampden was not even half-full for this visit of the Ronaldo-less Portugal. The visitors were without Bernardo Silva as well and kept other big names on the bench from the start. After the trauma of Israel, this was another bruising night for Scotland, a slow unravelling after some hopeful stuff early on.

They actually went close to scoring first when Beto had to beat away a header from team-mate Sergio Oliveira.

Around the half-hour, Portugal began to stir. Bruma had an excellent chance and Eder thumped a close-range shot straight at Craig Gordon.

Both were let-offs for the Scots, but they were not without threat themselves. Between those two moments for the Portuguese, and following fine work from John McGinn and James Forrest, there was a glancing header from Naismith that went just past Beto’s right-hand post.

Scotland were holding their own when Portugal struck out and took the lead. Kevin Rodrigues went down the left and, suddenly, Scotland were stretched and vulnerable. When Rodrigues’ low cross came in, Costa got in ahead of Robertson to poke home on his international debut.

Having lost that goal just before the break, Scotland came agonisingly close to levelling it just after. McGinn’s corner was met by a diving header from McKenna which flew narrowly wide. It was a big chance – and one they’d regret missing.

With 15 minutes to go, Renato Sanches floated a free-kick into the Scotland penalty box and three Portugal players lined up to nut it past Gordon. It was Eder who did the job, but it was soft, oh so soft.

And then another self-inflicted wound. Hendry stepped out of defence, lost possession and allowed Portugal to counter. Bruma took to the retreating Shinnie and then unleashed a venomous shot past Gordon. Lights out for Scotland. Again.

There was, at least, a consolation at the end. Shinnie got Scotland in the Portugal box, Mackay-Steven back-heeled to Naismith, who tucked it away. A tiny crumb on another damaging night.

With so many players missing – and so many fans absent – this was low-key stuff. Drawing out the positives might be a hopeless exercise in straw-clutching, but it was possible before Portugal opened up and banged in their second and third goal to put an ugly look on things. Beyond that, it was head-in-hands once more.

Defensive calamities cost Scotland, not for the first time. Portugal’s second was simplistic and avoidable. The third was a thunderous strike from Bruma, but it had its origins in Hendry’s error. McLeish changed his team – he had no choice – but that same weakness at the back remained.

Scotland have developed a habit of conceding catastrophic goals. Next up, two competitive games against Albania and Israel that will determine Scotland’s fate in the Nations League – and possibly the fate of their manager. 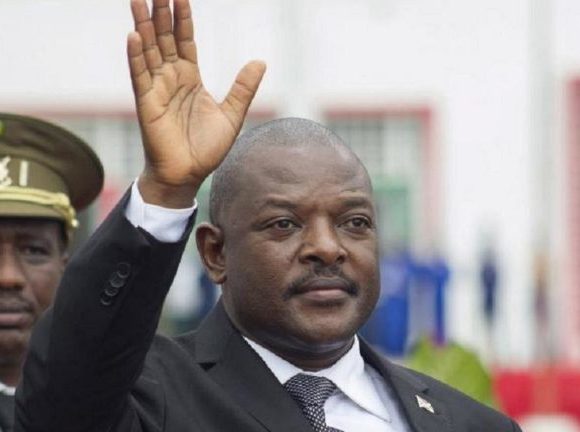 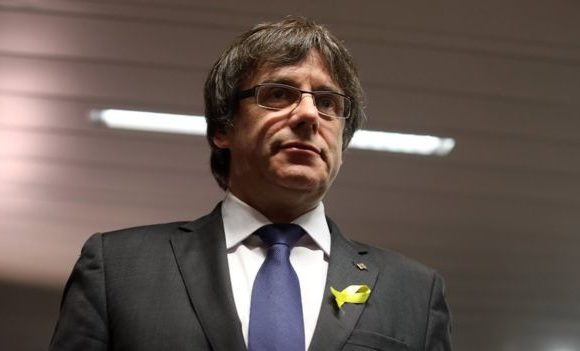