The Confederation of Africa Football (CAF) confirmed and announced the appointment of Afriyie on Wednesday when he was invited to the body’s headquarters in Egypt.

He was sworn into office at the CAF headquarters in Cairo on Wednesday by the committee’s president Amaju Pinnick of Nigeria.

Afriyie will serve a four-year term in office as he will contribute to the planning and execution of the continent’s flagship football competition.

The fast-growing football administrator took to social media to thank Kwesi Nyantakyi for the influential role he played in getting him the CAF appointment.

“A new leadership of CAF has offered me the opportunity to serve on the Continent Flagship Program, The Organizing Committee for Africa Cup of Nations for a period of 4 years.

“Thank you President Nyantakyi for the Nomination,” Afriyie posted on his Facebook wall. 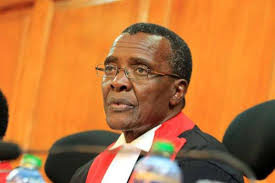