Ghana Rugby Championship To Kick Off In Cape Coast

Mr Herbert Mensah, President and Board Chairman of Ghana Rugby, with the captain of the 2016/17 Ghana Rugby Club Championship winners, Conquerors Sporting Club.

This year’s GRCC will for the first time include a Women’s Sevens Club Championship between four of the GRCC teams, namely Cosmos Buffaloes RFC, Dansoman Hurricanes RFC, Conquerors Sporting Club and Griffons RFC.

The ten team GRCC will be contested in two Pools, followed by playoffs in a quarter-final, semi-final and final legs of the tournament.

In Pool B Dennis Foundation Sporting Club, Lions RFC, Stallions RFC, UCC Spartans RFC and Western Cheetahs RFC will compete to progress to the playoff stages of the GRCC.

According to the GRCC Organising Committee (GRCCOC), the Championship promises to produce great excitement and entertainment.

According to the President and Board Chairman of Ghana Rugby, Herbert Mensah, the 2017/18 Ghana Rugby Club Championship promises even greater excitement and entertainment than in 2016/17.

Mr Steve Noi, Chairman of the GRCCOC, said that the quality of Rugby in Ghana has shown remarkable improvement over the last three years and that this year’s Championship will witness the display of great skills and also great entertainment to fans and spectators.

Ghana Rugby has made remarkable progress since the current President and Board Chairman, Mr Herbert Mensah, and his administration took over on 5 June 2014.

On 10 May 2017, World Rugby acknowledged the progress by awarding Ghana Rugby Full Membership in fewer than three years of the Mensah administration. In October 2017 Ghana Rugby was also recognised by Rugby Afrique, its continental governing body, by allowing it to compete in the Africa Men’s Sevens competition in Kampala.

In the Kampala Sevens tournament, Ghana Rugby achieved to get its first-ever ranking on the Africa Sevens log.

Earlier in the year Ghana Rugby also successfully hosted the Rugby Afrique Regional Challenge West 1 in Accra between Benin, Ghana and Togo and managed to win the tournament. 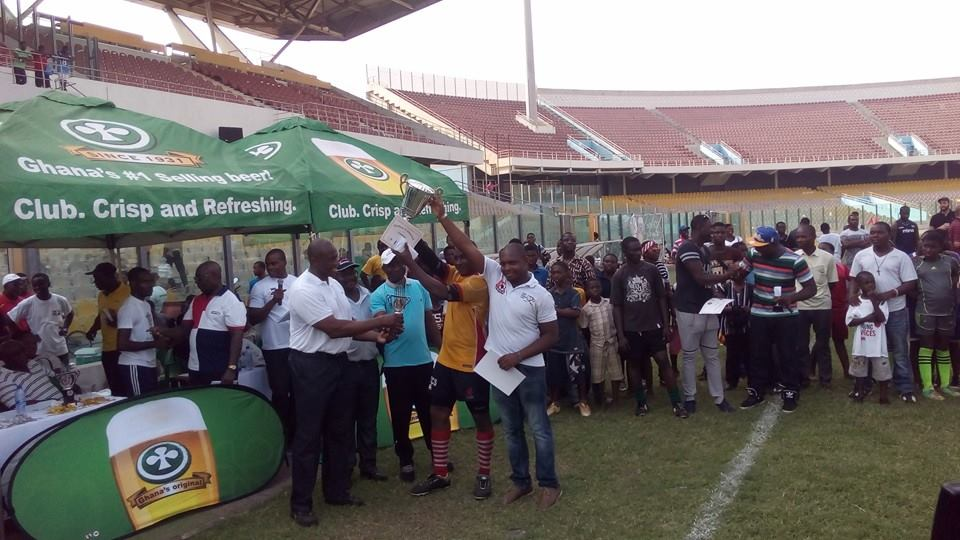 The President and Board Chairman, Herbert Mensah, said that he was looking forward to seeing to what extent the quality of Rugby has improved since 2016.

“We have invested a lot of resources despite the absence of real support for Rugby in the country and it is always good to see that the investments are paying dividends in the form of the quality of Rugby being played,” Mensah said.

He continued to say that the long-term development of the game has been at the very top of his administration’s agenda and that included both grassroots development through World Rugby’s “Get Into Rugby” introduction programme and the Union’s own youth development plan.

“The development of Women’s Rugby has also been close to my heart and it is a milestone in the history of Ghana Rugby that we will have the first ever Club Championship that includes Women’s Sevens teams. It not only shows the way for Rugby in Ghana but indeed for Rugby in the West African Region,” Mensah said.

The Ghana Rugby Association operating as the Ghana Rugby Football Union (GRFU) is the body responsible for the development and management of Rugby in Ghana. The GRFU is a Full Member of both World Rugby and Rugby Afrique and it is a sports association registered with the National Sports Authority (NSA) under the Ministry of Youth and Sports.

Ghana Rugby is also acknowledged by the Ghana Olympic Committee (GOC) as the representative body of Rugby in Ghana.

‘Give Asiamah Time To Work’