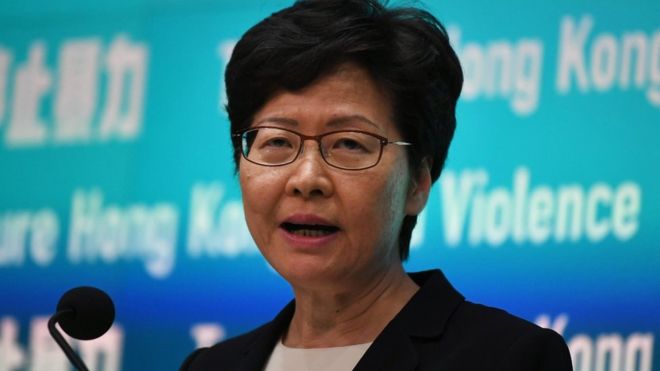 The measure was announced on Friday, following widespread violence on 1 October, the 70th anniversary of Communist Party rule in China.

Ms Lam said the violence was “destroying the city” and authorities could not “just leave the situation to get worse and worse.”

The ban comes into effect on Saturday.

But observers say the regulation will be hard to enforce and hugely controversial.

Mask-wearing activists marched on Friday afternoon – as the ban was being announced – and called on others to also wear masks in defiance of the government.

Where does the ban apply?

Secretary for Security John Lee said the ban would apply for approved and unapproved public assemblies – rallies and marches – as well as in unlawful assemblies and riots.

The ban covers all kinds of facial covering including face paint.

There are exemptions for people wearing masks for health reasons, or if required by their profession.

Ms Lam said “violence had been escalating to alarming levels” leading to a situation of “chaos and panic” in the city.

What is the Emergency Regulations Ordinance?

The legislation invoked by Ms Lam, called the Emergency Regulations Ordinance, dates to 1922 and has not been used in more than 50 years.

It enables the chief executive to bypass the normal legislative process, when a bill would have to go through the city’s parliament, the Legislative Council.

The ERO was last used in 1967 to help stop riots in the territory’s trading hub.

Ms Lam stressed the new regulation did not mean that Hong Kong was in a state of emergency. But she said the city was “in a state of serious public danger”

What else did Carrie Lam say?

The city’s chief executive said what had been single rallies or marches, when the protests began, had spread to multiple areas across Hong Kong.

She said petrol bombs were being used inside closed spaces like railway stations, and that violent protesters had targeted public buildings and private properties.

She also accused protesters of not just criticising but “lynching” people with different views.

According to the government, the percentage of demonstrators who are students has risen from 25% to 38%. Ms Lam said the mask ban would help prevent students breaking the law.

She also pointed out that similar bans on facial coverings were in place in other places around the world.

What is the background?

The extradition bill has since been cancelled but protests have widened into pro-democracy and anti-police demonstrations.

Over the months, clashes between police and activists have become increasingly violent. On Tuesday, police shot a protester with a live bullet for the first time.

Authorities said the 18-year-old – who was attacking police and was arrested after being shot – was in a stable condition in hospital.

Hong Kong is a former British colony handed back to China in 1997.

It has a “one country, two systems” agreement that guarantees it some autonomy, and its people certain freedoms, including freedom of assembly and freedom of speech.

But those freedoms – the Basic Law – expire in 2047 and it is not clear what Hong Kong’s status will then be. 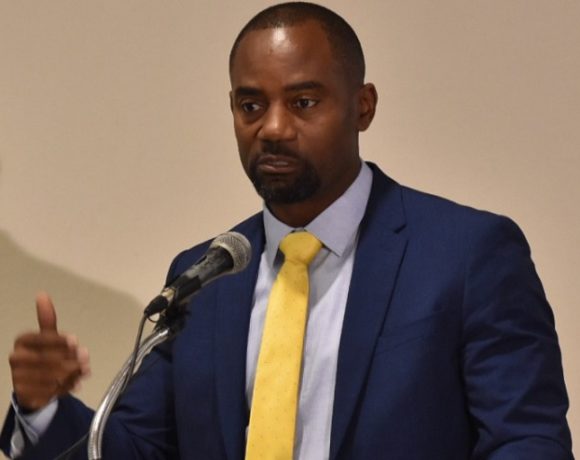 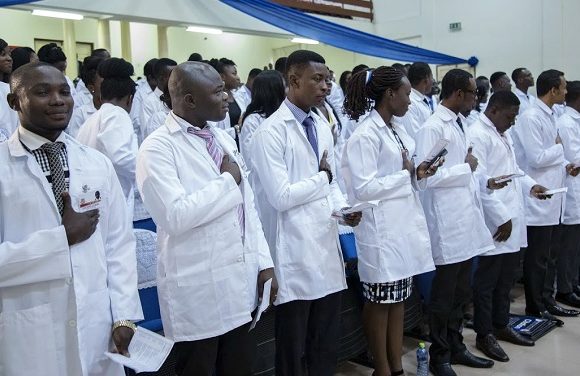 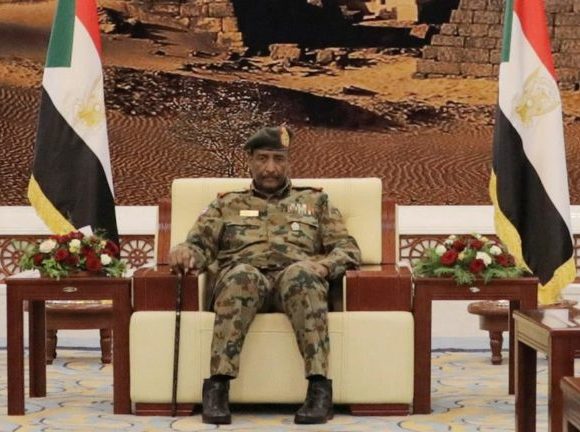