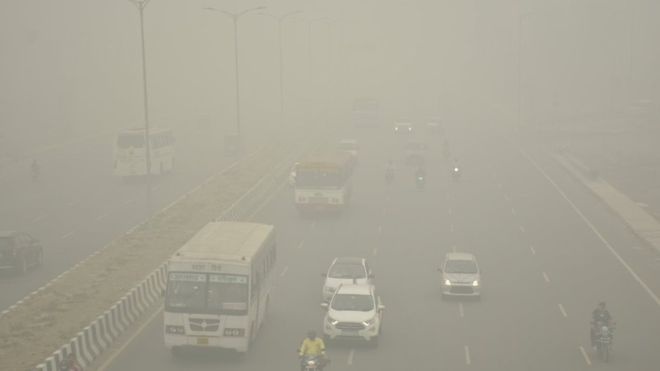 The Indian capital, Delhi, has launched a car rationing system as it battles hazardous levels of pollution.

Private cars with even and odd number plates will be allowed on roads only on alternate days from 4 to 15 November, officials said.

The system was introduced in 2016 and 2017 as well, but it’s not clear if it actually helps bring down pollution.

Levels of dangerous particles in the air – known as PM2.5 – are far higher than recommended.

The deteriorating air quality has put millions of people at risk of respiratory illness.

Health officials have asked people to stay indoors and refrain from doing any physical activity. Schools are closed until Tuesday and the shutdown is likely to be extended until Friday as the city continues to choke under a thick blanket of smog.

Delhi Chief Minister Arvind Kejriwal said the car rationing system, known as the “odd-even plan”, would take hundreds of thousands of cars off the road.

Only public transport, emergency vehicles, taxis and two-wheelers will be allowed. Women driving alone will also be exempt from the rule.

But there are doubts that the scheme will do much to ease the smog. Similar measures in the past drastically reduced traffic congestion in Delhi but did not have a significant impact on pollution levels.

Experts say emissions from vehicles are just one of several factors that have turned the city into – in Mr Kejriwal’s words – a “gas chamber”.

A major cause of the high pollution levels at this time of year is farmers in neighbouring states burning crop stubble to clear their fields.

This creates a lethal cocktail of particulate matter – carbon dioxide, nitrogen dioxide and sulphur dioxide – all worsened by fireworks set off during the Hindu festival Diwali a week ago.

Construction and industrial emissions have also contributed to the smog.

Identifying the cause has sparked a row between state and federal politicians, with Mr Kejriwal calling on the neighbouring states of Punjab and Haryana to crack down on crop burning.

This led to Federal Environment Minister Prakash Javadekar accusing Mr Kejriwal of politicising the issue and painting his neighbours “as villains”.

But ordinary Indians are just hoping that scattered rainfall over the coming week will wash away the pollutants but this is not due until Thursday.

How bad is the smog?

There is no escaping the oppressive smog which has descended on the city. According to Siddharth Singh, climate policy researcher and author of The Great smog of India, the air in Delhi “smells like burning leaves”.

“It’s smoky. Eyes are itchy. The throat is also a little iffy. And everyone’s feeling it,” he told the BBC.

According to official measurements, the levels of dangerous particles in the air – known as PM2.5 – are far higher than recommended and about seven times higher than in the Chinese capital Beijing, which has battled similar pollution problems in recent years.

An Indian health ministry official said the city’s pollution monitors did not have enough digits to accurately record pollution levels, which he called a “disaster”.

Five million masks were handed out in schools on Friday as officials declared a public health emergency and Mr Kejriwal likened the city to a “gas chamber”.

The World Health Organization (WHO) says a third of deaths from stroke, lung cancer and heart disease are due to air pollution.

“This is having an equivalent effect to that of smoking tobacco,” the WHO says on its website. 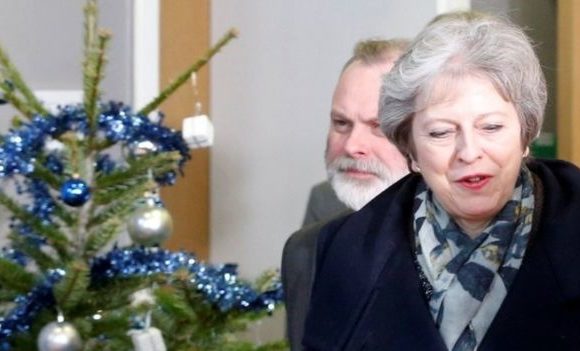 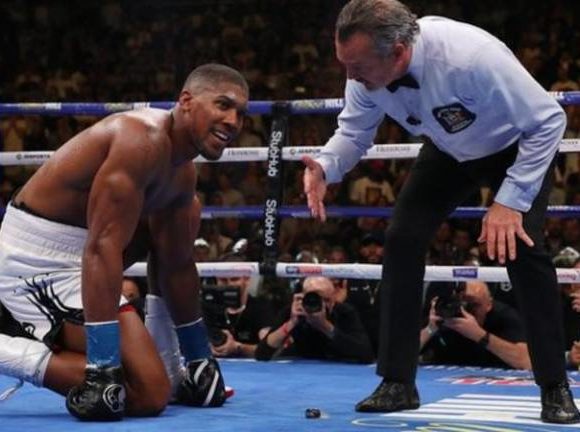 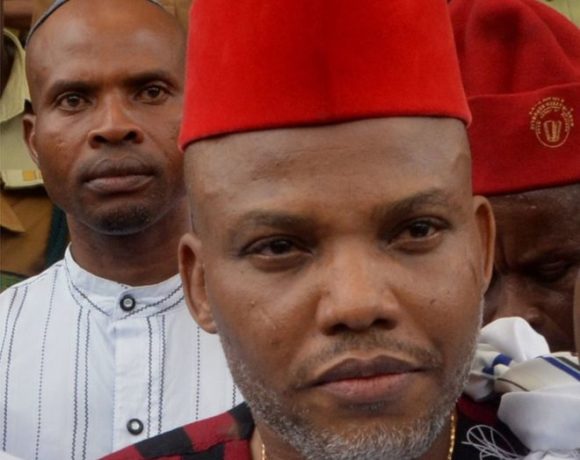