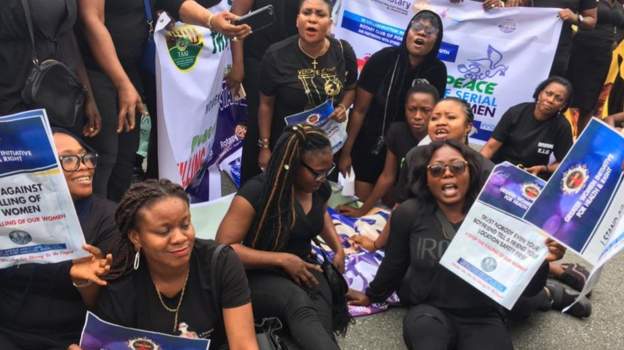 Women have been marching through Port Harcourt calling for more protection in the wake of serial killings in Nigeria’s oil city.

At least eight women have been found strangled in a similar way in different hotel rooms in the capital of Nigeria’s southern Rivers state since July.

The police have arrested two suspects in connection with the case, but those taking part in the protest – organised by more than 60 women’s group in the state – feel more needs to be done.

One of the protesters told reporters: “The women in Port Harcourt no longer feel safe. We ask for protection.”

A representative of the African Women Lawyers’ Association added that so many had turned up for the demonstration because the women of Rivers state were aggrieved.

“The killing of women must stop. Even one death is too much – enough is enough,” she said.