North Korea rebuilding rocket sites: What does this mean? 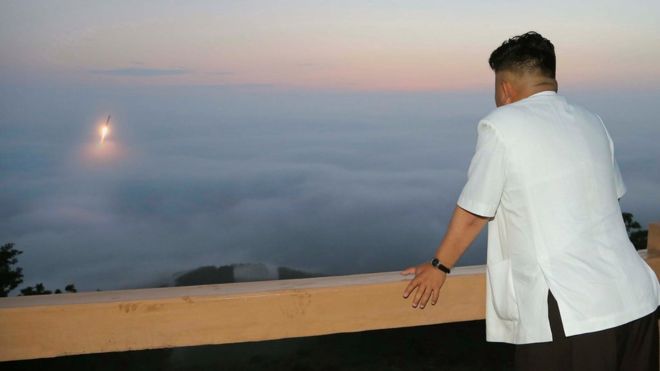 As the correspondent for the Koreas, I find myself asking those questions a lot, no more so than now after the much-anticipated Hanoi summit ended without reaching a deal on denuclearisation.

Most of the world’s media have no free access to North Korea, and Kim Jong-un’s Ryongsong Residence isn’t really taking calls from journalists. The best any analyst or correspondent can do is read the signals coming from Pyongyang.

And in the past week we’ve had a flurry of them. This has led many to believe that Kim Jong-un is reaching for the stars and is getting ready to launch a satellite. Is he? And if he is, surely that would send a very different message to the charm offensive of the last year which led to several historic summits.

It started with reports from the South Korean intelligence service which suggested work was taking place at Sohae, one of North Korea’s main rocket launch sites. 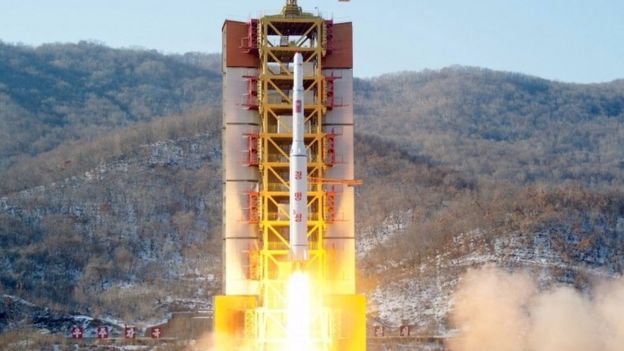 The site has never been used to launch the type of missiles that ignited Donald Trump’s Twitter feed and earned Kim Jong-un the nickname of “Rocketman”. But Sohae has been used for five satellite launches – two of which were successful. It has also been used to test some of the engines used in some of North Korea’s intercontinental ballistic missiles (ICBMs).

Pyongyang started dismantling the site last year. It was taken as a gesture of goodwill, a sign Kim Jong-un was willing to engage in talks with the US and South Korea. But this work was halted in August when negotiations stalled. Now came testimony from intelligence sources in the South that the North appeared to be “putting back a roof and a door” on the facility.

Later that week, satellite images analysed by both the Centre for Strategic and International Studies’ (CSIS) Beyond Parallel programme and 38 North suggested that this was more than a bit of DIY.

The two groups noted rapid progress had been made rebuilding parts of the site.

Later images allowed analysts to conclude that the satellite launching station was once again fully operational.

There was more to come. Arms Control specialist Jeffrey Lewis from the Middlebury Institute of International Studies had his team look over satellite images of the North’s main ICBM site near Pyongyang known as Sanumdong.

Melissa Hanham from One Earth Future, who worked with him, said “there’s a huge warehouse and it’s hard to really monitor all the activity going on. But we could see lots of trucks and heavy vehicles in the parking lot going in and out – those trucks are big enough to hold a missile or a rocket.”

Also key was the presence of a train. Usually the rockets or missiles are transported by train from Sanumdong to Sohae.

“We definitely saw a train at Sanumdong in late February. The train has gone today. People are now watching the train station at Sohae,” she said. 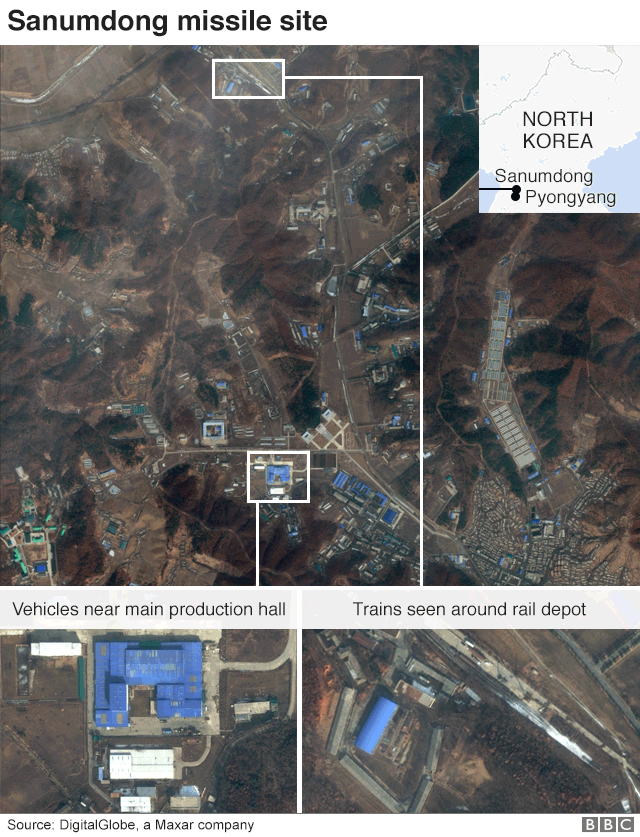 he US special envoy for North Korea, Stephen Biegun, has since tried to halt suggestions that North Korea is preparing to launch a satellite, criticising the “snap judgments of so many experts to drive to an immediate conclusion about anything that’s happening in North Korea”.

“It continues to boggle my mind how quickly so many are pressing to reach conclusions on all this… It’s not just the press, it’s the think tank and the analytical community as well,” he said on Monday.

The US made it clear that North Korea launching a rocket, even if it’s just to advance its space programme and not its ICBM arsenal, would disappoint Donald Trump.

So would Kim Jong-un really risk the wrath of an unpredictable president and put the current détente between the US and North Korea in jeopardy?

Grace Lui from the James Martin Centre for Nonproliferation Studies said it “certainly seems like they might launch a satellite”.

“I think it depends on how Trump and the administration react to the activity thus far,” she said.

“If it becomes clear that Trump would scrap the US-DPRK [Democratic People’s Republic of Korea] relationship altogether because of a space launch, then Kim might choose not to.

“But it’s important to keep in mind that as a sovereign state, North Korea does have the legal rights to launch a rocket into space, and that an adverse reaction from the US would be the result of a deliberate choice to interpret a rocket launch as an escalatory action.”

The US and North Korea have been here before. The Obama administration spent two years negotiating in various backchannels with the North Koreans to come up with a deal to freeze North Korea’s nuclear weapons programme, put a moratorium on testing nuclear weapons and ballistic missiles in exchange for a package of food aid and other concessions. The Leap Day Deal was announced on 29 February 2012.

Just two weeks later the North Koreans announced they were going to launch a satellite. The US made it clear that would be a violation of the agreement, but Kim Jong-un – only a few months into his leadership – went ahead anyway, scuppering the deal.

It’s worth remembering, however, that North Korea is well aware the world is watching. Pyongyang knows there are satellites travelling above it, beaming images of its secretive operations to analysts in the US.

o the activity at Sohae and Sanumdong could be a deliberate tactic. Kim Jong-un could be bluffing to make a point.

“The actions seem designed to push the Trump administration toward a step-by-step approach to negotiations, a plan US officials have explicitly rejected,” said Adam Mount from the Federation of American Scientists.

“Pyongyang is showing US officials that they will have only so many chances to lock in the current situation.” 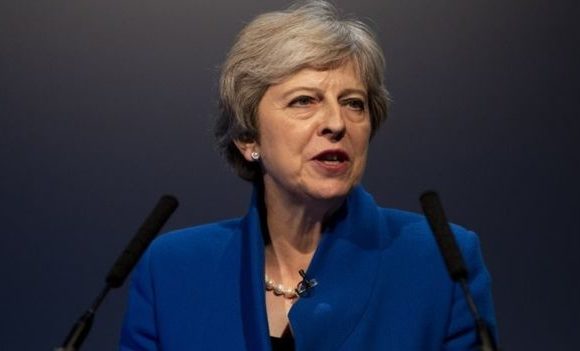 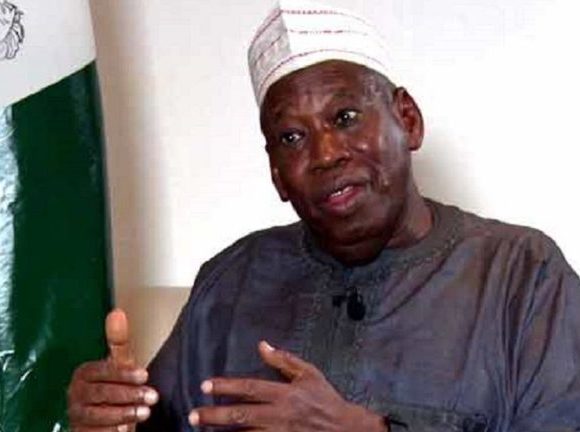