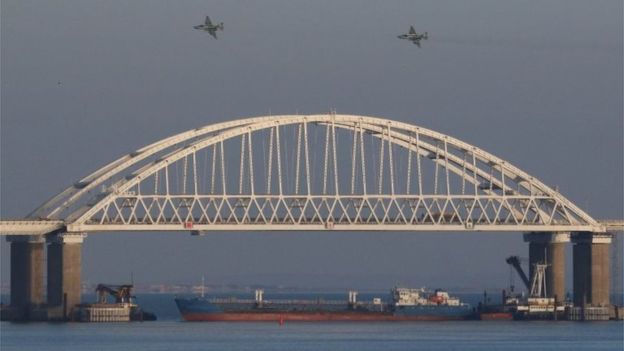 Ukraine’s parliament is to decide whether to bring in martial law as anger over the capture of three of its naval vessels by Russia spilled into the streets overnight.

Protesters gathered outside the Russian embassy in the capital Kiev and an embassy car was set on fire.

The incident, in waters off the Crimean Peninsula, marks a major escalation of tension between the two countries.

The UN Security Council will hold an emergency meeting as a result.

Each country blames the other for the incident in which two gunboats and a tug were captured and a number of Ukrainian crew members injured.

There have been growing tensions between the two sides over access to the Black Sea and the Sea of Azov off the Crimean peninsula – annexed by Russia in 2014.

Ukrainian forces have been fighting Russian-backed separatists in the east of the country – but this is the first time the two militaries have come into open conflict in recent years.

How did the latest crisis unfold?

It began when Russia accused the Ukrainian ships of illegally entering its waters.

On Sunday morning, Ukraine’s Berdyansk and Nikopol gunboats, and the Yana Kapa tug, tried to sail from the Black Sea port of Odessa to Mariupol in the Sea of Azov, which is shared between the two countries.

Ukraine says the Russians tried to intercept the ships, ramming the tug.

The vessels continued towards the Kerch Strait, the only access to the Sea of Azov, but were blocked by a tanker placed under the Kerch bridge.

Russia built the bridge, that links mainland Russia to Crimea, earlier this year, despite opposition from Ukraine. 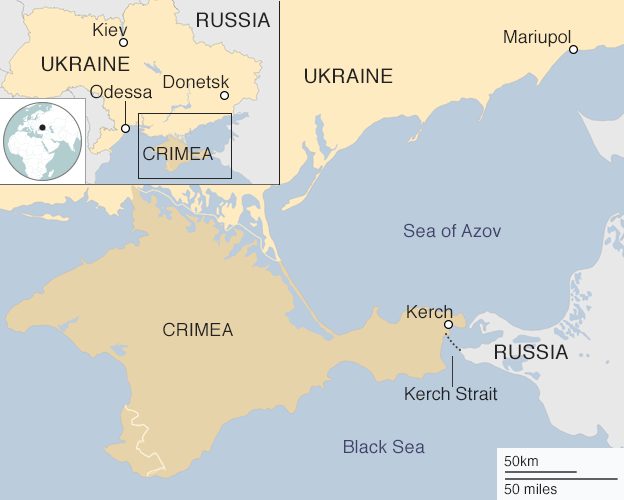 On Sunday, Russia also scrambled two fighter jets and two helicopters to the area. It accused the ships of illegally entering its waters and said traffic had been suspended for security reasons.

The Ukrainian navy later said the boats had been hit and disabled as they tried to leave the area. It said six crew members had been injured.

Russia’s FSB security service later confirmed that one of its patrol boats had used force to seize the three Ukrainian vessels but said only three sailors had been wounded.

Ukraine said it had informed the Russians of its plan to move its ships through the sea to Mariupol. 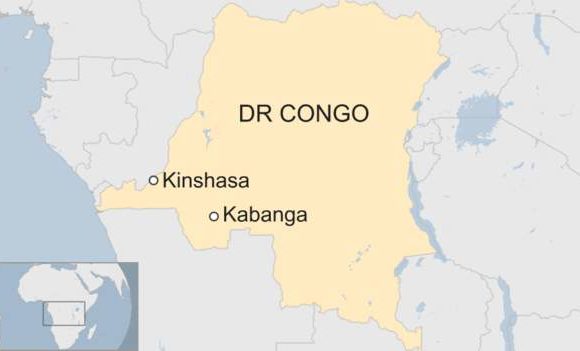 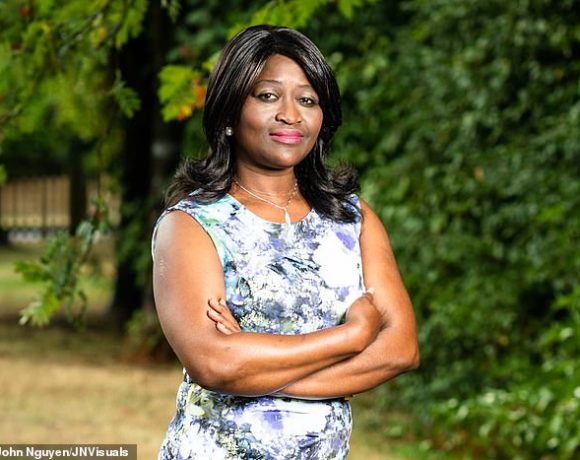 UK: NHS nurse who offered a Bible to a cancer patient was rightly sacked – Tribunal ruled