Somalia’s plans to cater for its own security needs without the backing of the African Union peacekeeping mission have been hit by striking action by government soldiers in at least three of their bases located in the critical Shabelle region.

Residents and a military officer told Reuters the soldiers are protesting over months of missed pay.

The Horn of Africa nation’s weak central government relies on the support of the military and African Union-mandated AMISOMpeacekeepers against al Shabaab, which aims to carve out a realm based on strict sharia (Islamic law).

The vacated bases are in Somalia’s Middle Shabelle region, one of the troops’ commanders Col. Abdi Mohamed Ahmed told Reuters, adding that the move was to protest about non payment of salaries for four months.

“The military soldiers here have not taken salaries for four months. We are now on (the) way to Mogadishu,” Ahmed said.

“It is painful to be in the frontline and fighting al Shabaab while your wife and kids are starving.”

Ahmed added he understood troops were also deserting more bases but that some of those garrisons had not been completely abandoned because some Somali troops and others from peacekeeping force AMISOM remained.

Any sign of retreat or some form of weakness by Somali military is potentially a boost to al Shabaab. The group wants to expel AMISOMfrom Somalia, topple its central government and entrench its strict interpretation of Islamic sharia law.

The group was ejected from Mogadishu in 2011 and has since been driven from most of its other strongholds across the country. But it remains a formidable threat, with its fighters frequently carrying out bombings in Somalia and beyond.

Residents in the Middle Shabelle’s Balad town, 30 km (19 miles) to the north of Mogadishu, told Reuters they had seen dozens of military vehicles driving away from the bases.

Shopkeeper Mohamed Omar said he had counted over 20 military vehicles, some mounted with anti aircraft guns and mortars while others carried soldiers leaving the bases. “Some (vehicles) are still here, others left towards Mogadishu,” he said.

An elder in Balad town, Hasan Nur, said he feared the troops’ departure will invite in al Shabaab.

“There is much fear that al Shabaab may capture many towns. That is what happens if soldiers leave the front line bases,” he said.

The Horn of Africa country has been striving to overhaul its security forces, especially the army, which have drawn accusations of corruption from Somalia’s international donors.

In 2017, the United States suspended food and fuel aid for most of Somalia’s armed forces for alleged graft in frustration at the failure of successive Somali governments to build a viable national army. 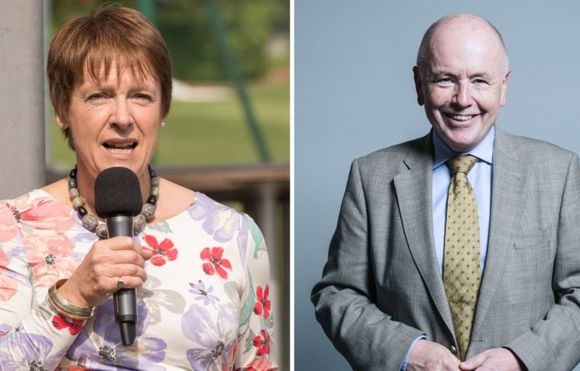