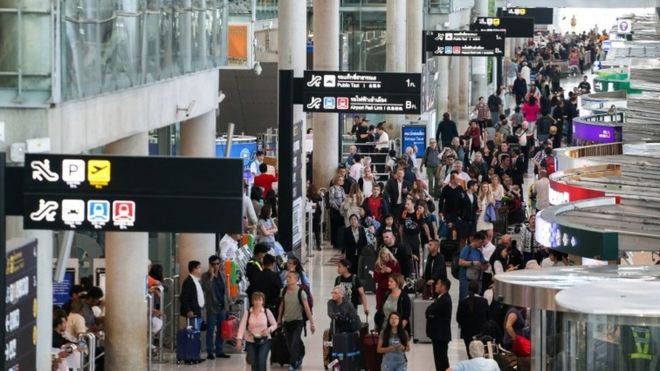 A young Saudi woman who says she has fled her family in fear for her life has barricaded herself in her hotel room at Bangkok airport.

Thai immigration officials want to return Rahaf Mohammed al-Qunun, 18, to Kuwait, where her family is.

She refused to board a flight to Kuwait City on Monday, despite officials stationed outside her room.

“My brothers and family and the Saudi embassy will be waiting for me in Kuwait,” the teenager told Reuters.

“They will kill me. My life is in danger. My family threatens to kill me for the most trivial things.”

“She has barricaded herself in the room & says she will not leave” until she is allowed to meet the UN refugee agency and claim asylum, Human Rights Watch’s deputy Asia director Phil Robertson said on Twitter.

How did the stand-off start? 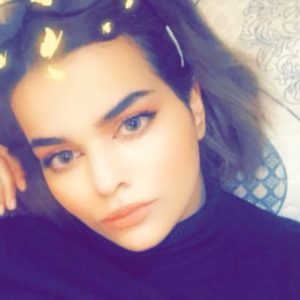 Ms Mohammed al-Qunun was on holiday with her family in Kuwait when she fled two days ago.

Ms Mohammed al-Qunun was on holiday with her family in Kuwait when she fled two days ago.

She was trying to head to Australia via a connecting flight in Bangkok.

She says her passport was seized as she disembarked from a flight from Kuwait on Sunday.

The Saudi embassy in Bangkok said she has been held at the airport “because she didn’t have a return ticket” and that she is set to be deported to Kuwait “where most of her family lives”.

Ms Mohammed al-Qunun insists she has a visa for Australia, and that she never wanted to stay in Thailand. She says her passport was seized by a Saudi diplomat who met her coming off the flight at Suvarnabhumi airport.

Saudi officials say she still has her passport but is  being detained for not having a return ticket.

The Saudi embassy in Bangkok said Saudi authorities do not have the authority to hold her at the airport or anywhere else.

Officials are in touch with her father, the embassy added.

Mr Robertson of Human Rights Watch told the BBC: “It seems that the Thai government is manufacturing a story that she tried to apply for a visa and it was denied… in fact, she had an onward ticket to go to Australia, she didn’t want to enter Thailand in the first place.”

He argued that the Thai authorities had clearly co-operated with Saudi Arabia as Saudi officials were able to meet the plane when it arrived.

How was the world alerted?

She told BBC Newshour she was in a hotel in the transit area.

“I shared my story and my pictures on social media and my father is so angry because I did this… I can’t study and work in my country, so I want to be free and study and work as I want,” she said.

Ms Mohammed al-Qunun wrote on Twitter that she had decided to share her name and details because she had “nothing to lose” now. 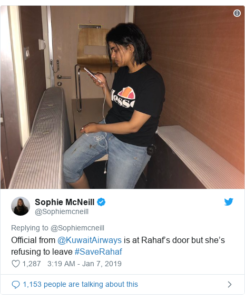 She has asked for asylum from governments around the world.

A photo appeared of her in her room as officials reportedly stood outside, waiting to put her on a flight back to Kuwait.

Why are there fears for her welfare?

She told the BBC that she had renounced Islam, and feared she wou

ld be forcibly returned to Saudi Arabia and killed by her family.

Michael Page, deputy Middle East director at Human Rights Watch said in a statement: “Saudi women fleeing their families can face severe violence from relatives, deprivation of liberty, and other serious harm if returned against their will.”

Because she did not have a visa to enter Thailand, he said, police had denied her entry and were in the process of repatriating her through the same airline she had taken – Kuwait Airways.

He told AFP the case was a “family problem” and the teenager “had no further documents such as [a] return ticket or money”.

The case echoes that of another Saudi woman who was in transit to Australia in April 2017.

Dina Ali Lasloom, 24, was en route from Kuwait via the Philippines but was taken back to Saudi Arabia from Manila airport by her family.

She used a Canadian tourist’s phone to send a message, a video of which was posted to Twitter, saying her family would kill her.

Her fate on arriving back in Saudi Arabia remains unknown. 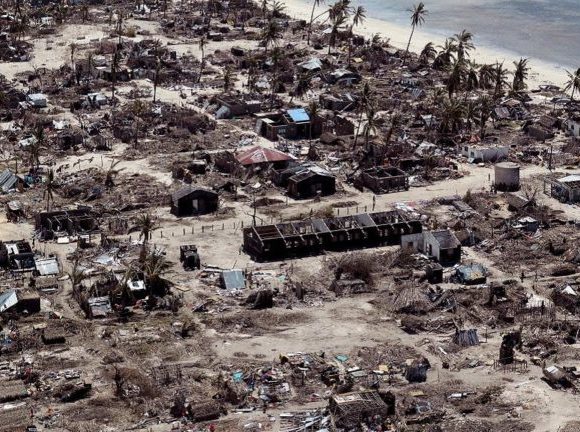 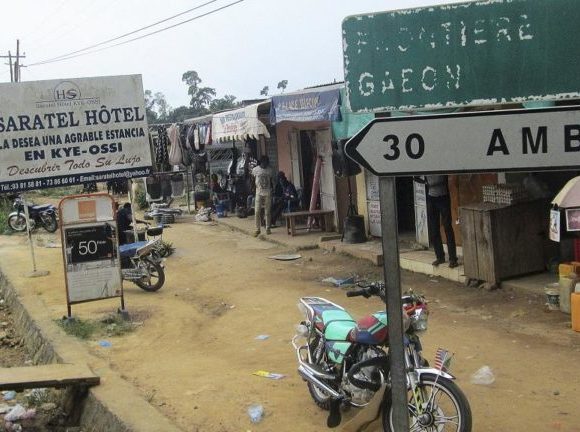