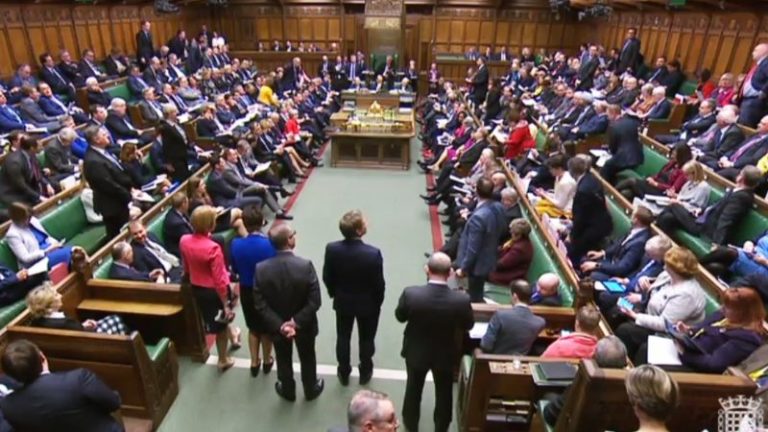 Boris Johnson faces a showdown in Parliament later after No 10 officials warned he would call for a snap general election on 14 October if MPs succeed in seizing control of Commons business.

Rebel Tories and Labour MPs are planning a bill to stop the UK leaving the EU on 31 October without a deal.

Mr Johnson said he did not want an election, but progress with the EU would be “impossible” if the MPs win.

Jeremy Corbyn said the Labour Party was ready for a general election.

But shadow Northern Ireland secretary Tony Lloyd later said Labour would vote against any government plans to hold a general election before the UK is due to leave the EU on 31 October.

He said Labour “will not have Boris Johnson dictate the terms of an election that crashes this country out with no deal”.

Under the Fixed-term Parliaments Act, Mr Johnson would require the backing of two-thirds of the UK’s 650 MPs to trigger a poll in the autumn.

A number of MPs have come together across party political lines in a fresh bid to stop a no-deal Brexit, after Mr Johnson vowed to leave the EU with or without a deal on 31 October.

When Parliament returns on Tuesday after recess, they are expected to put forward legislation under Standing Order 24 – a rule that allows urgent debates to be heard.

The bill would force the prime minister to ask for Brexit to be delayed until 31 January, unless MPs had approved a new deal, or voted in favour of a no-deal exit, by 19 October.

In a televised announcement on Monday, Mr Johnson insisted he could achieve changes to the UK’s current Brexit deal at an EU summit on 17 October.

But he said that if MPs voted to block the option of a no-deal Brexit they would “plainly chop the legs out from under the UK position” when he is negotiating.

What does the no-deal bill say?

The legislation to be put forward on Tuesday seeks to tie Boris Johnson’s hands, and instructs him to ask the EU for an extension of the Brexit process until 31 January 2020.

A lot of attention will be on the clause which says that if the European Council proposes an extension to a different date, then the prime minister must accept it within two days, unless that extension has been rejected by the House of Commons.

In other words, the power to decide will lie with members of Parliament not with the government.

For a PM who has promised to leave on 31 October come what may, it would seem to be impossible to accept.

Hence all the talk of an early election. We will know for sure before the end of this week.

Tory rebels have been warned they face expulsion from the party and deselection if they support the cross-party legislation.

But one Conservative MP, Justine Greening, has announced she will not be standing as a Conservative candidate at the next election.

The MP for Putney told BBC Radio 4’s Today programme she wanted to “focus on making a difference on the ground on social mobility” and could do that “better” from outside Parliament.

She added: “We have seen Parliament gridlocked on Brexit. I will continue to represent my community that heavily voted to Remain on Brexit, and I have no doubt that the person following me as MP for Putney will also represent our community on Brexit.”

Ms Greening accused Mr Johnson of offering voters a “messy” general election that forces them to choose between “No Deal or Jeremy Corbyn”.

Asked if Tory MPs would risk deselection over their position on Brexit, he said: “All of us believe that it is vitally important that Parliament has a say and that we cannot leave the European Union on October 31 without a deal unless Parliament consents to it.”

He said the rebel MPs had devised a “watertight” mechanism to help stop the UK crashing out of the EU, but he thought Tuesday’s vote would be “tight”.

Mr Johnson was threatening a snap election because “he probably expects to lose” the Commons vote, said Mr Gauke.

Mr Corbyn vowed to “take the fight to the Tories” in a general election and insisted the Labour Party was ready.

But his shadow cabinet colleague Tony Lloyd told Newsnight that Labour would not “fall for Boris Johnson’s trick” by agreeing to a general election before 31 October.

“We are not daft enough to see a tactic dictated by PM Johnson which is designed to land us with a no-deal Brexit and to fall for that,” he said.

He said the focus at the moment was on “building all-party consensus to stop a no-deal Brexit”.

Also speaking on Newsnight, Labour backbencher Mary Creagh said her understanding from speaking to senior members of the Labour Party was that the party would not support a vote for a general election that takes place before 31 October.

Meanwhile, in Edinburgh, a judge is due to hear arguments over the prime minister’s plan to shut down the UK parliament.

The prime minister wants to suspend Parliament for five weeks ahead of a Queen’s Speech on 14 October.

A cross-party group of parliamentarians wants a ruling at the Court of Session that Mr Johnson is acting illegally. 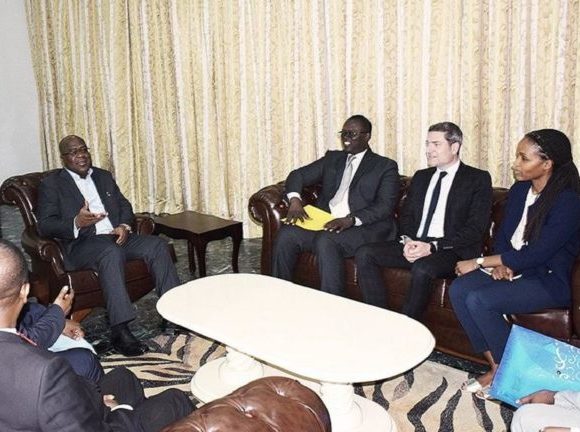 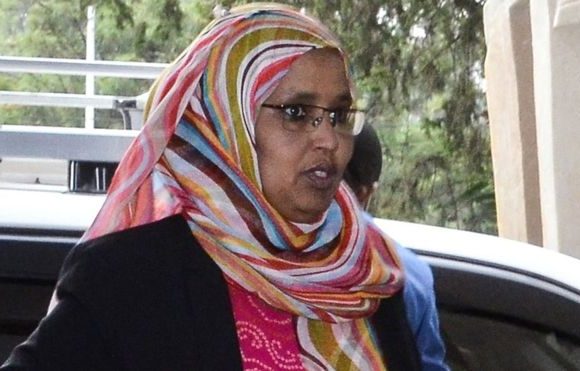 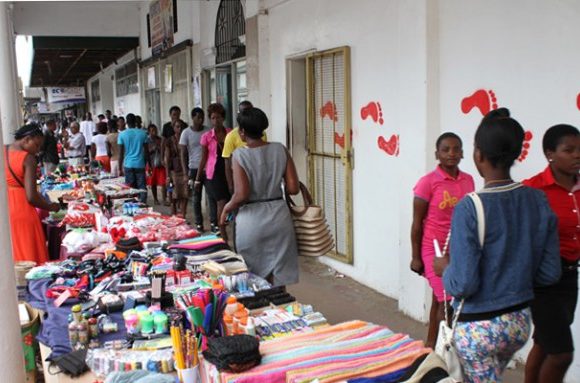