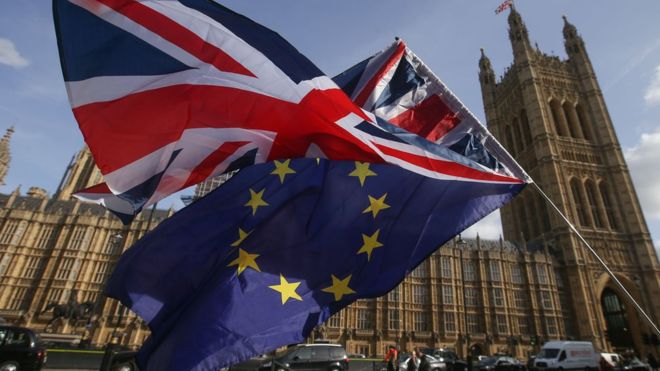 Attempts by backbench MPs to remove the government’s power to deliver Brexit are “extremely concerning”, Downing Street has said.

On Monday one group of MPs will present a bill that could allow Brexit to be delayed if Parliament does not approve an EU withdrawal agreement.

According to the Sunday Times, another group led by Dominic Grieve wishes to pause Brexit by suspending Article 50.

But Downing Street said it was “vital” MPs delivered on the referendum result.

What are the amendments being proposed? 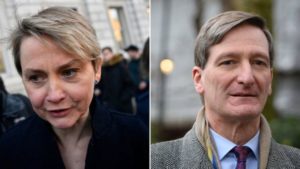 Two cross-party groups involving Labour’s Yvette Cooper, and Tory Remainer Dominic Grieve are planning on tabling bills that could take a no-deal Brexit off the table

A group of cross-party MPs will present a bill proposing that the UK extends its negotiations with the EU – if MPs do not approve a withdrawal agreement.

MPs have already rejected Theresa May’s withdrawal agreement once, by 432 votes to 202.

The new bill would give the prime minister until 26 February to get parliamentary approval for a deal.

If the government fails to do that, the bill would allow Parliament to vote on an extension to Article 50, which would delay Brexit, and could prevent the UK leaving the EU without a deal.

The new bill is being presented by Labour’s Yvette Cooper, former Education Secretary Nicky Morgan, and Liberal Democrat MP Norman Lamb, among others.

Ms Cooper said: “This whole process is in a mess and the government is in danger of drifting into no deal by accident – even though that would immediately hit policing and security, impose big costs on manufacturing, industry and food.”

According to the Sunday Times, backbench Tory Remainer Dominic Grieve has also been drafting a motion, with the express intention of suspending Article 50.

The paper says the plan would need the support of 300 MPs, not the majority of the house.

The votes would have to come from five different political parties, but only 10 Conservative MPs would be needed to support it.

What does Downing Street say?

The source said: “The British public voted to leave the European Union and it is vital that elected politicians deliver upon that verdict.

“Any attempt to remove the government’s power to meet the legal conditions of an orderly exit at this moment of historic significance is extremely concerning.”

The source added the proposed bills and amendments showed “there is a danger that Parliament could stop Brexit”.

When is the UK leaving the EU?

Following 20 months of negotiations, the UK and the EU agreed a withdrawal agreement – which covers the “divorce bill”, citizens’ rights, and a possible Northern Irish “backstop” – but it needs to be approved by Parliament.

If Parliament doesn’t approve it, the UK is due to leave the EU without a deal or a transition period, which would mean trade reverting to World Trade Organization rules.