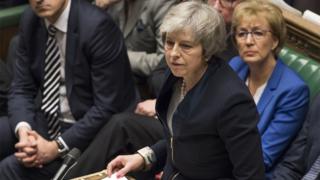 Labour launched the bid to trigger a general election after the deal setting out the terms of Britain’s exit from the EU was rejected by 230 votes.

However, one senior party figure has suggested it is unlikely to succeed, with Northern Ireland’s DUP and Tory rebels saying they will back the PM.

The confidence vote is expected to be held at about 19:00 GMT.

Mrs May has told MPs she will return to the Commons with an alternative plan next week, provided she survives the confidence vote.

“The House has spoken and this government will listen,” she said on Tuesday night, offering cross-party talks to determine a way forward.

MPs are set to debate the confidence motion for about six hours following Prime Minister’s Questions at 12:00 GMT, with Labour leader Jeremy Corbyn saying it would allow them to give their verdict on “the sheer incompetence of this government”.

BBC political correspondent Iain Watson says that if the prime minister sees off the challenge, she will begin a series of meetings with “senior Parliamentarians” on Thursday.

He said Mrs May intended to retain her “red lines” – ruling out Labour’s demand for a customs union with the EU – with sources suggesting compromising on this would risk cabinet resignations.

Leader of the House Andrea Leadsom told the BBC: “What we need to do is find a way that that deal, or some part of it, or an alternative deal, that is negotiable, can then be put to the European Union so we can get this Brexit through by 29 March.”

But first the prime minister must survive the confidence vote tabled by Mr Corbyn and backed by MPs from the SNP, Lib Dems, Plaid Cymru and Green Party.

Shadow chancellor John McDonnell told the BBC that they were expected to lose the vote.

“But who can tell anymore because after yesterday’s vote anything can happen in Parliament,” he said.

“What we expect to happen then is proper negotiation and discussions to see if there’s a compromise that can be reached.”

But he said Jeremy Corbyn had not been contacted for discussions with Mrs May.

Despite the government’s heavy loss in the Brexit vote, Conservative rebels are likely to come back on-side in the confidence vote.

Leading Brexiteer Boris Johnson said the huge defeat gave the PM a “massive mandate to go back to Brussels” to negotiate a better deal.

And DUP Westminster leader Nigel Dodds told the BBC his party would be backing the government in the confidence vote.

“I think that this government still has the opportunity to deliver on the referendum result,” he said.

He said the backstop “was clearly the problem” and if that “can be sorted out” then his party and others against Mrs May’s deal “can be brought back on board”.

How does a no confidence motion work? 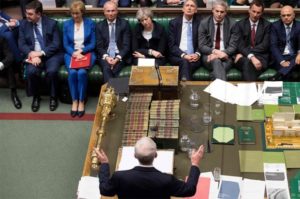 Under the Fixed Term Parliaments Act 2011, UK general elections are only supposed to happen every five years. The next one is due in 2022.

But a vote of no confidence lets MPs decide on whether they want the government to continue. The motion must be worded: “That this House has no confidence in Her Majesty’s Government.”

If a majority of MPs vote for the motion then it starts a 14-day countdown.

If during that time the current government, or any other alternative government cannot win a new vote of confidence, then an early general election would be called.

That election cannot happen for at least 25 working days.

How has the EU reacted?

The UK remains on course to leave the EU on 29 March but the defeat throws the manner of that departure – and the timing of it – into further doubt. 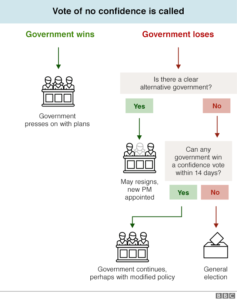 European leaders reacted to Tuesday’s vote with dismay but gave no indication they were willing to make concessions.

Several have warned of increased chances of a no-deal Brexit, which many MPs fear will cause chaos at ports and damage industry.

Michel Barnier, the EU’s chief Brexit negotiator, said Brussels “profoundly regrets” how the UK’s MPs voted, after two years of negotiation “based on the red lines of the British government”.

“It is up to the British authorities today or tomorrow to assess the outcome of this vote and up to the British Government to indicate how we are going to take things forward on 29 March to an orderly withdrawal,” he said.

European Commission President Jean-Claude Juncker said: “I urge the United Kingdom to clarify its intentions as soon as possible. Time is almost up.”

And European Council President Donald Tusk has appeared to suggest that the UK should stay in the EU.

“If a deal is impossible, and no one wants no deal, then who will finally have the courage to say what the only positive solution is?”, he tweeted.

She had spent two years negotiating the plan aimed at bringing about an orderly Brexit and setting up a 21-month transition period to negotiate a free-trade deal with Brussels.

Her deal included both the withdrawal agreement on the terms on which the UK leaves the EU and a political declaration for the future relationship.

But it faced opposition across Parliament, from MPs who want either a further referendum, a closer relationship with Europe, to stop Brexit altogether or the UK to leave without a deal.

A key sticking point remains the Northern Irish backstop – the fallback plan to avoid any return to physical border checks between the country and Ireland. Many MPs argue could it keep the UK tied to EU customs rules indefinitely.

In the run up to the vote, the prime minister had tried to reassure MPs from all sides of the House over the controversial backstop – having received new written assurances from the EU that it would be temporary and, if triggered, would last for “the shortest possible period”.

But some 118 Conservative MPs – from both the Leave and Remain wings of Mrs May’s party – voted with the opposition parties against her deal, while three Labour MPs supported the deal.

“We need to rapidly – and I’m talking in days, not weeks – find out if Parliament can get behind any other path forward,” she said.

Meanwhile, Labour MP Chuka Umunna said that if his leader did not secure a general election, Mr Corbyn should do what the “overwhelming majority” of Labour members want and get behind a further EU referendum.

What does this mean for Northern Ireland and the Irish border?

The Irish government is reluctant to say anything that could further stoke tensions, but all the while acutely aware that time is running out.

It continues to ramp up no-deal preparations, including on key issues like transport and the supply of medicines.

The DUP says the scale of the defeat last night means the backstop cannot remain in the deal, but Irish thinking is unlikely to budge.

It is mindful of its often-repeated commitment to avoid the return of a hard Irish border, and has banked on the backstop being its insurance policy to ensure that.

It will now be looking to its support network in Brussels to stand firm in the face of any political pressure from Westminster. 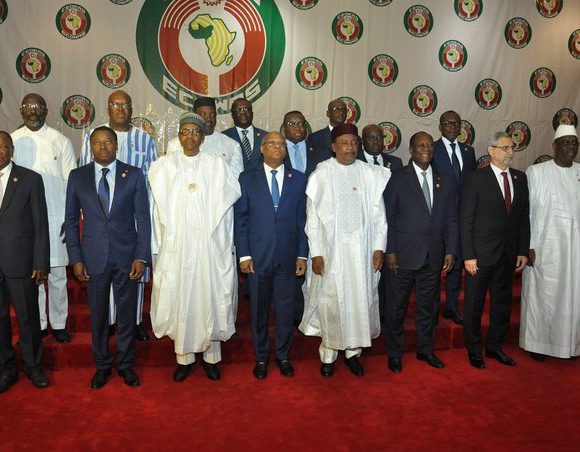 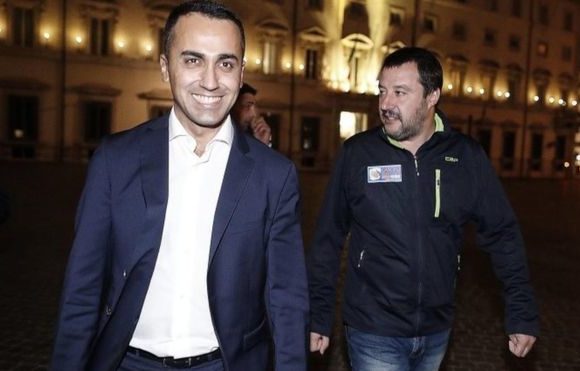 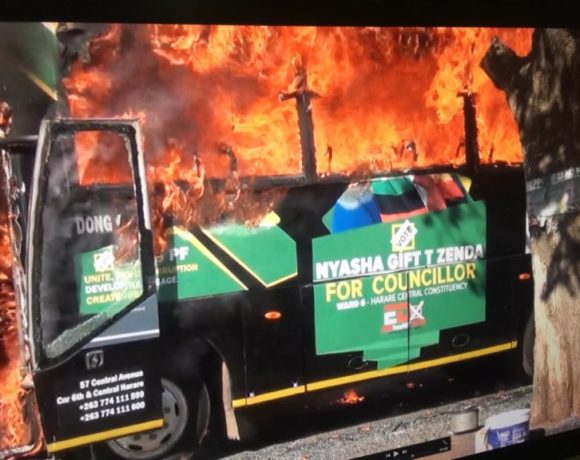